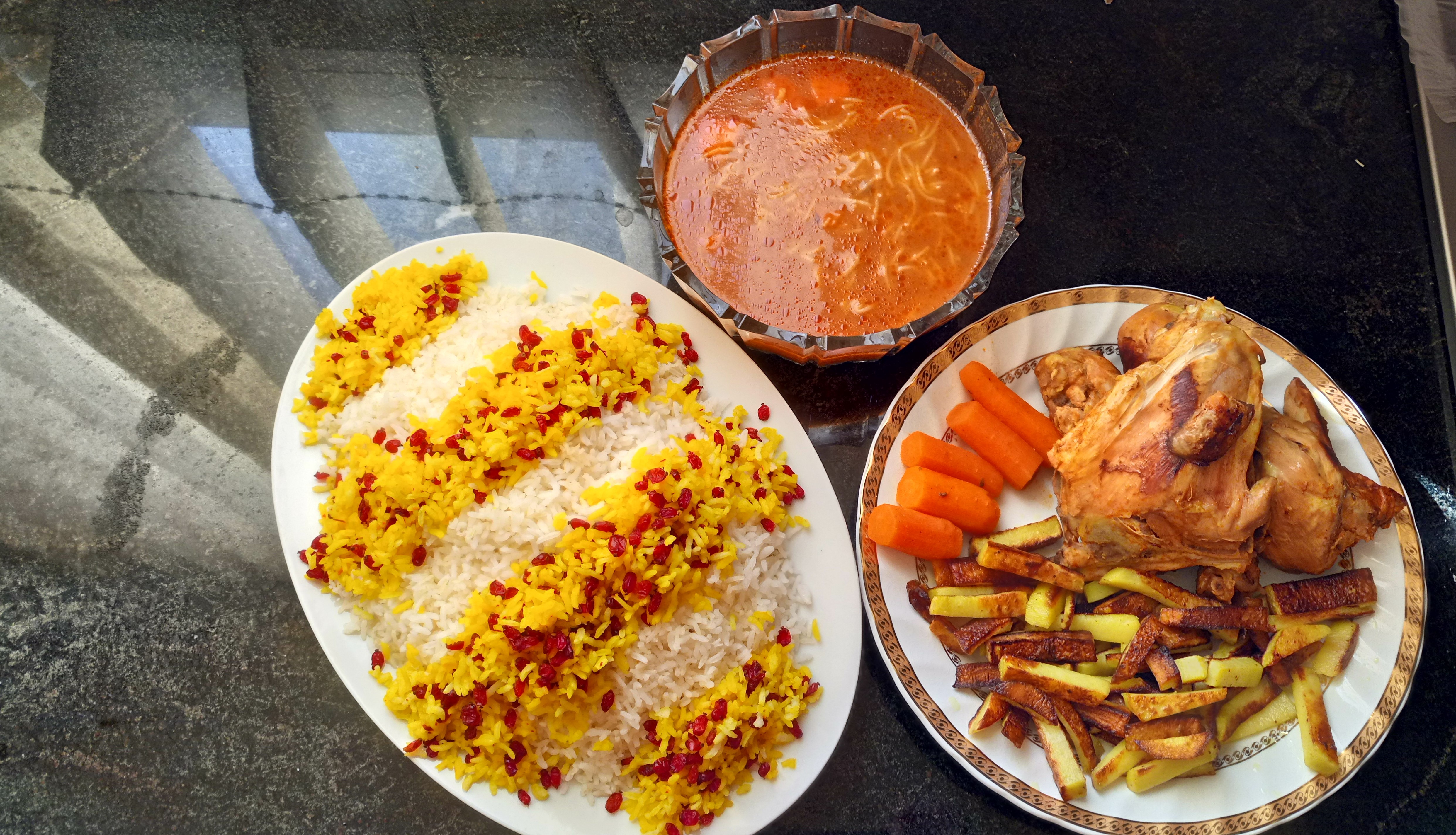 Iranian Foods, also known as Persian Cuisines are very famous for their tastes, smells and ingredients. Every city of Iran has its own typical foods that attract people to struggle. This refers to ancient days of Persia that locals were interacting with people from neighbor countries or around the world about Cuisines and how to make it very delicious by customizing it.

Most of Iranian dishes will be served by rice (that is grown inside the country nearby Caspian Sea, West and Southwest of Iran) or fresh vegetables, meat, chicken, nuts or green herbs. Iranians would flavor dishes by local materials such as Saffron, Dried Lime, Cinnamon, Parsley, Pomegranate sauce and local spices that are mixed to use in some especial dishes which makes it very exceptional.

All cities and tribes of Iran would provide their own materials for cooking dishes or even they cook a particular food in different ways Such as locals of Shiraz would take a lot of Turmeric even in stews to make a bit more sour. People would like nearby Caspian Sea mix up foods with eggplant or smoked eggplant.

For those who want to travel to Iran, struggling to meet local dishes in particular traditional restaurants would be very interesting with live music. Apparently you would try Tahchin, Fesenjan stew, Qormeh Sabzi, Lamb Kebab etc.